Eight years after the e-commerce and retail store for sports and fashion was founded, the increasing international growth and the consistent expansion of the product range in cross-channel sales required a new, more efficient logistics concept. With an AutoStore system empowered by Element Logic, eXXpozed was not only able to multiply its storage capacity, but also significantly optimize the processes within its warehouse in terms of reliability and efficiency.

eXXpozed sports & fashion offers high-quality equipment and clothing for outdoor and extreme sport. The company, founded in 2010, focuses on unique products of exclusive brands that aren`t available everywhere. They currently have a range of around 150.000 different items.

In December 2018, a new milestone has been added to the company’s history: eXXpozed opened a new building in the German Allgäu region, including a retail store of 750 m² and an adjoining bistro.

In addition, climbing and bouldering areas are offered on a total of 1.860 m² inside and outside, which are used for courses, events, and competitions. “We offer our customers a world of sports and outdoor, in which they can experience our products with all their senses”, states Andreas Oliver Bindhammer, who is not only founder and CEO of eXXpozed, but also a former world champion in difficulty climbing.

Looking for the optimal warehouse solution

From originally 4 permanent employees and 5 temporary workers in 2010, the number of employees at eXXpozed has now risen to more than 80. They are the ones who ensure that up to 1.400 orders a day find their way to almost 600.000 customers worldwide. In the first few years, eXXpozed operated in the traditional way of warehousing. The articles were manually removed piece by piece on request and picked according to the individual orders. The staff spent a lot of time putting the products together and as the range grew, the distances from the storage rooms to the shipping area became longer and longer. The rapid growth in the e-commerce business in addition to the retail store at the new location ultimately required more efficient processes and a higher storage capacity.

In the search for a future-proof logistics concept, various warehousing and logistics solutions were analysed – but none of them seemed right for eXXpozed. „Until the day when the intra-logistics specialist Element Logic presented us with a solution based on the AutoStore concept: simple, space-efficient, smart and scalable – the perfect solution for our needs“, Bindhammer says.

After an implementation time of only 17 weeks, the space-efficient automatic storage and retrieval system, AutoStore was put into operation at eXXpozed in the late summer of 2018. Due to its compact design and high storage density, the AutoStore system was integrated one floor below the shop, on an area of only 450 m². “For comparison: a conventional warehouse would need around 3.500 m² to store the same quantity of goods”, explains Bindhammer. To make the special customer experience even more unique, eXXpozed has put the AutoStore robots into the spotlight: they can be observed from outside the building through a window.

The AutoStore system at eXXpozed currently contains 10.950 storage bins, with 16 bins stacked on top of each other. A total of 12 intelligent AutoStore robots move in high speed over the rails on top of the aluminium grid. Using their gripping units, they lift the bins, rearrange them, and deliver them to the picking ports. Standardized software controls the motion sequences and continuously monitors the locations of the individual bins in the system. Thanks to their four wheels placed at each corner, AutoStore robots can move in two directions and thus reach every position in the grid at a speed of up to 3.1 m / s. They communicate via WLAN with the AutoStore controller, which assigns the transport orders to the individual robots. If there is not much work to do or the battery runs low, the robots automatically drive to one of the charging stations located on the edge of the grid.

Two carousel ports and one conveyor port are handling goods in- and outbound at eXXpozed. All workstations can be used for any process if necessary. This always provides eXXpozed maximum flexibility. The whole system is optimized by a software solution from Element Logic, which has been individually adapted to the needs of eXXpozed. Instead of using several storage rooms with long walkways, eXXpozed now has ergonomically equipped workplaces. The bins with the goods are delivered directly to the workstations, where pickers process both orders from the online shop as well as pick-up orders. All in all, for eXXpozed this means high efficiency with minimal effort.

If there is additional demand, for example before Christmas or on Black Friday, the performance of the AutoStore system can be increased at very short notice by adding more robots and storage bins. At peak times, the AutoStore system from eXXpozed was able to perform up to 370 picks / h.

With the perfectly coordinated intralogistics and the resulting minimal order throughput time, eXXpozed is now able to meet the growing demand and customer requirements for fast and punctual delivery. Since the central warehouse is located directly under the retail store, eXXpozed can always also offer a very wide and deep product range in the store.

„In every respect, AutoStore and the collaboration with Element Logic have contributed to increasing customer satisfaction and further expanding our market position”, Bindhammer concludes. „For us, AutoStore by Element Logic was the best decision so far in terms of efficient and resource-optimized warehouse management. The fully automated warehouse fits perfectly into our existing infrastructure of our mail order software and thus guarantees us future security and sustainable growth opportunities.“

Are you ready for the next step?

Find out how Element Logic can optimize your warehouse performance 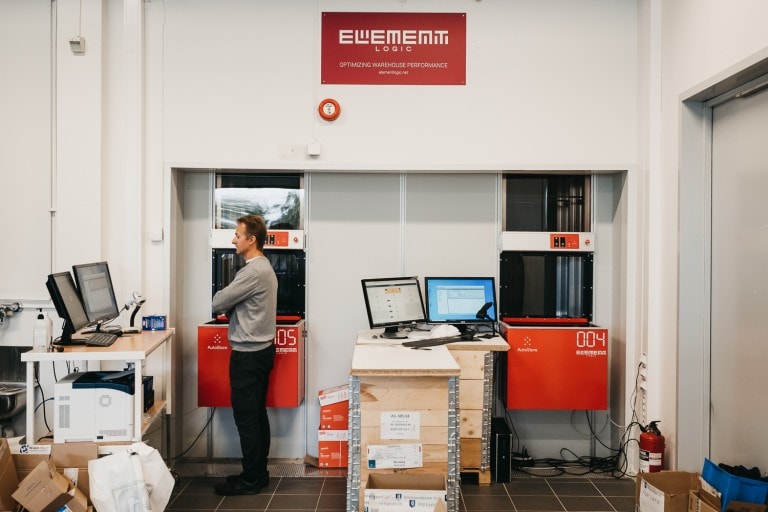 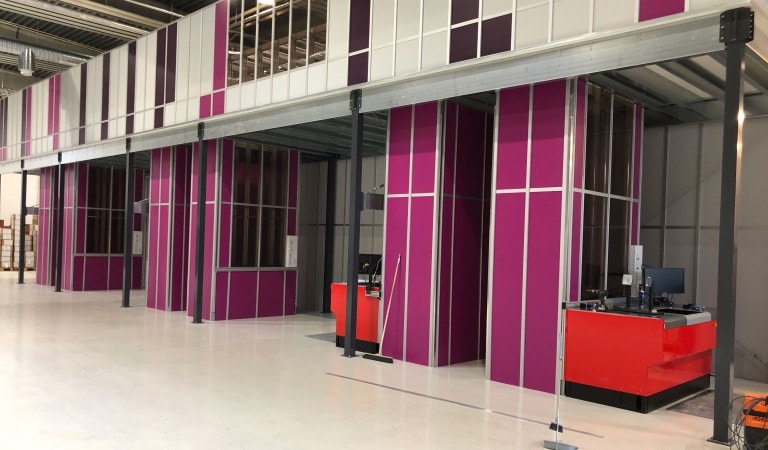