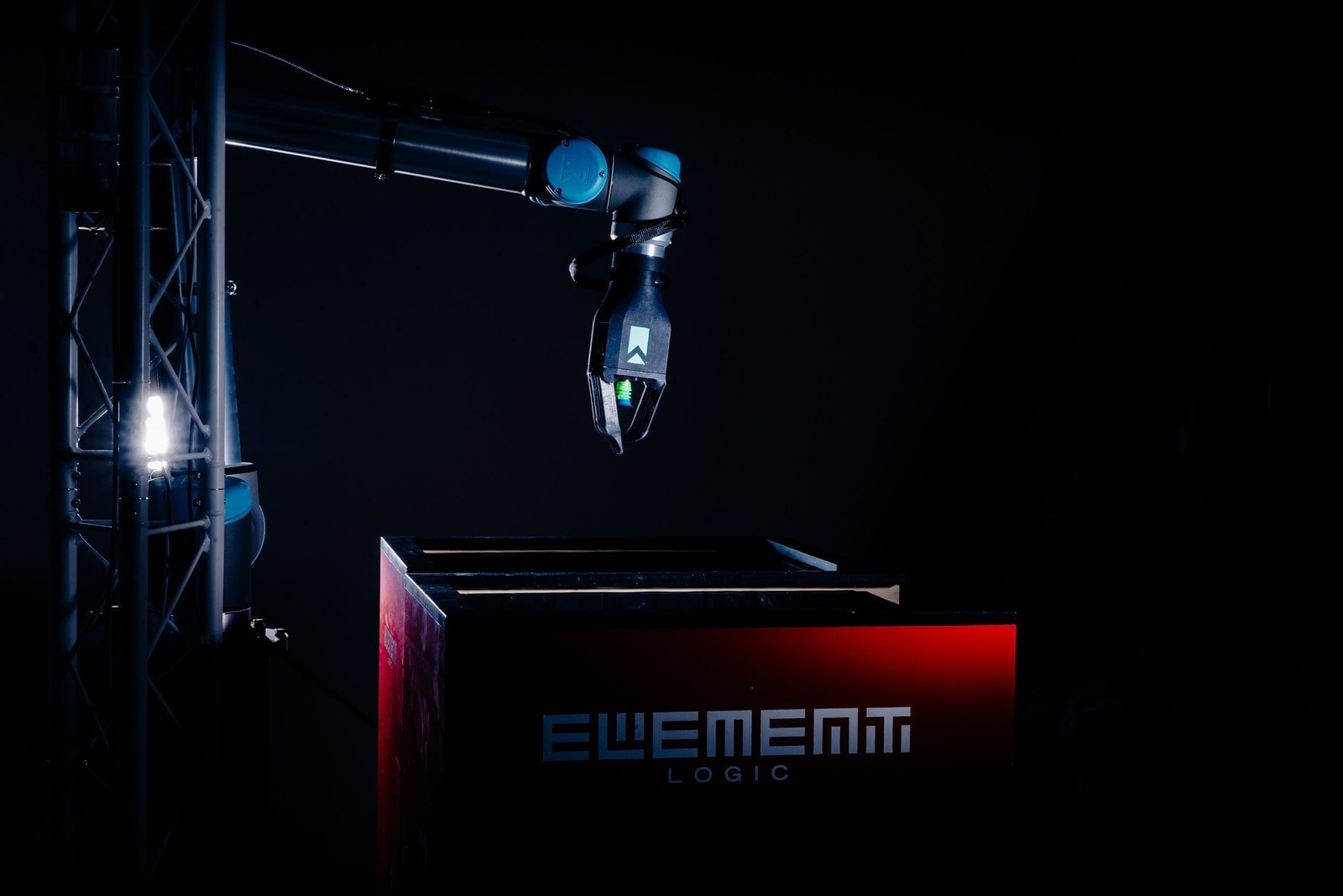 The future is in our hands

Element Logic’s AutoStore experts are developing cutting edge robotics technology that has the potential to transform intralogistics for years to come.

From a lab in the basement of Element Logic’s headquarters, a group of software engineers are developing new technology that could advance intralogistics to the next level. Element Logic, has teamed-up with the American robotics company RightHand Robotics (RHR) to launch a commercial test project that combines Element Logic’s AutoStore expertise with RHR’s robotics technology.  The new invention integratesRHR’s ingenious RightPick robotic piece picking system with Element Logic’s unique and flexible software system for managing AutoStore.

“This is the future of intralogistics. This is cutting edge technology. Our new RHR project could help to further enhance Element Logic’s AutoStore solution. We are still in the test phase, but we are encouraged by the advances our team of experts have made so far,” says Steinar Overbeck Cook, Chief Technology Officer (CTO) at Element Logic.

RightHand Robotics’ RightPick robotic piece picking system was created by a team of researchers from Harvard and MIT. It has cameras for eyes, in addition to an advanced gripper developed by RHR. However, the real magic happens in its “brain”; RightPick runs on a powerful Graphic Processing Unit (GPU) that is designed to process enormous amounts of data very quickly and uses machine learning to perform various tasks. Piece by piece, it learns how to grip packages of different sizes and shapes in the most practical and efficient way.

“In a split second, RightPick will study an item it has never seen before and figure out the quickest way to pick it up. The robot is constantly learning and improving. This is what makes it unique,” Cook says.

Using the RightPick robotic piece picking system to enhance AutoStore is one of the best examples to date that advanced machine learning is entering the intralogistics industry.

Out of the lab and into the warehouse

The ultimate goal for the test project is to ensure that RightPick will work functionally at an actual AutoStore picking station. This would allow any warehouse using Element Logic’s profitable solution to increase their level of automation, decrease operational costs, and increase overall profit.

Testing in a live environment is key before RightPick can be included in Element Logic’s product range. A prototype has recently been installed at one of their customers’ warehouses. The RightPick robotic system will not replace the need for humans completely, but it will greatly reduce the amount of staff needed for tasks related to picking, sorting, inventory, and placing. Here, the Element Logic team is currently estimating the so-called “Robot-Independence-Factor”. In other words, they aim to find out how many robots one human can monitor simultaneously.

“No robots will work flawlessly 100% of the time. Robots can make mistakes. You need a ‘robot monitor’ – a human the robot can ask for help. But figuring out how often the robot needs help, and trying to minimise that number, is the key,” says Cook.

Despite a strongly increasing demand for new intralogistics technology, Cook emphasises that Element Logic will not launch any product on the market before they are confident that it will produce profitable results for their customers.

“Regrettably, the intralogistics industry has a history of over-selling products and solutions, as well as making empty promises. Companies have boasted about their prototypes at tradeshows, only to encounter significant problems when their technology has gone into production. We will do everything we can to avoid making that mistake. That is why this test project is so important to us,” Element Logic’s CTO adds.

In particular E-commerce and distribution centers are segments where RightPick solution could be extra useful, Cook points out:

“They often don’t know what they are selling tomorrow, with product ranges changing from week to week. Traditionally, this would be difficult for robots to handle because they need to be pre-programmed for every item they will pick up. Our RightPick integration is uniquebecause our software strategically manages a machine learning robotic arm that is able to observe an item for the first time and try to pick it up, then learn from its mistakes and find the quickest way to handle the same item next time.

Could launch before the end of the year

Running 40-50 robots requires tailormade software and expertise. As the world’s first AutoStore distributor, Element Logic has over 15 years of experience in optimising AutoStore performance and efficiency. Utilising our own software to manage RHR’s RightPick system has the potential to be the next big step in warehouse automation.

If the test project goes as planned, Element Logic hopes to add RightPick to their product portfolio in late 2019 or early 2020.

Do you want to know more about what Element Logic can do for you?